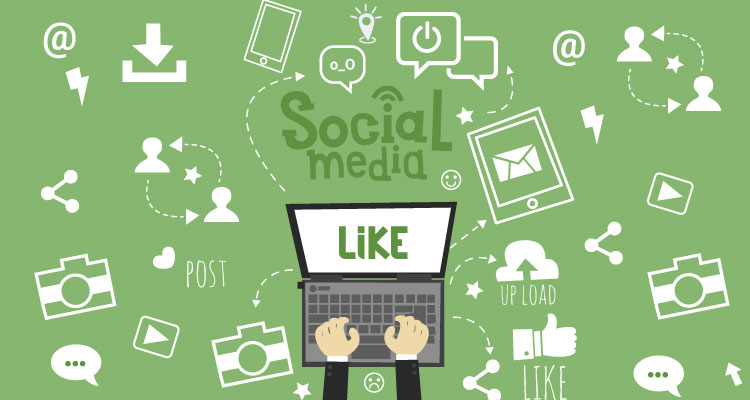 As an entrepreneur, having a presence on social media is a must. Even if you believe you’re using social media wisely  after all, you have a decent number of followers, there may be ways you’re undermining your efforts without even realizing it.

To guarantee you’re getting the most from your social accounts, here are 10 red flags signaling you’re putting your social media reputation in jeopardy.

Unless your brand is built around these characteristics, like a “shock jock” personality, there’s no room for you to be offensive or outlandishly negative. Examples include complaining, badmouthing others, replying with passive-aggressive comments or making insensitive remarks or jokes.

You may not believe this is an issue, but just because you can say something doesn’t mean you should. If you have a customer who gets on your nerves, vent to your spouse not to your Facebook followers. If you heard a joke that mocks a gender, ethnicity or religion, don’t post it online.

Over the years, we’ve seen a number of notable personalities receive backlash over these types of comments. They’re not worth the few laughs you’ll get. Remember, even if you had a momentary lapse of judgment, nothing truly disappears from the internet.

Facebook found in 2013, after analyzing 3 million posts from users’ news feeds, that users are less engaged when content on their feed is negative.

2. Relying too much on automation.

Automation is a beautiful thing. Rather than manually update your social channels, you can use tools to automatically publish a blog post. This way, you can spend your time on more pressing matters, it’s also handy for scheduling posts when you’re out of town.

But you don’t want to rely too much on automation. You need different content for your various channels. For example, if you schedule the same exact blog post on both Facebook and Twitter, what incentive do your followers have to interact and engage with you on both channels?

Furthermore, if you automate all your social media efforts, you’ll come across as a robot. Remember, social media is all about engaging and interacting with others. For all the amazing things automation can do, it can’t replace your unique voice.

If you haven’t done so, take the time to find out more about your audience members. Start with the basics, like their age, income, pains, interests, habits and even their dislikes.

If you want your social media efforts to succeed, you need to team up with social media influencers. But don’t just work with an influencer because she has a huge following she needs to align with your brand and culture.

Your social media followers can see through the BS. They know when they’re being marketed to. That’s why you need to find influencers who would actually endorse you, your products or service.

5. You’re an armchair philosopher and a hashtag fiend.

I think we’ve all been guilty of sharing inspirational and motivational quotes. And for good reason: They’re easy to relate to and often shared by others. But you also don’t want to become an armchair philosopher.

You don’t have to snag any quote that sounds uplifting and add it to a picture of something warm, like the sun rising over a body of water. If you do this multiple times a day, you don’t come across as inspiring you end up annoying your followers and coming off a bit lazy and, well, cheesy.

Quotes occasionally are fine, as long as they are meaningful, clear and clicking with your brand’s mission.

Also, use hashtags sparingly. They’re definitely useful in gaining higher visibility and greater reach, but you don’t need to hashtag everything.

6. Not responding to or deleting comments

“It’s best for an effective intervention to take place as close to the experience as possible. By acting in a timely manner, you will mitigate negative experiences and amplify positive ones with much less effort. Because most people just want to know that they are being heard, a sincere acknowledgment goes a long way.”

In other words, when someone leaves you a comment on social media, you not a robot need to respond ASAP. It not only shows you’re an active social media user — which means your followers know they can contact you and receive a response but it also shows you actually care about what they have to say.

On the same note, don’t delete negative comments. It makes you look shady. The only exception would be if the comment were extremely offensive or vulgar. In that case, you should just report the user.

7. You don’t have a disciplined approach.

Think about your daily routine. You probably don’t just wake up and do whatever you feel like. You have a schedule so you can have a productive day without wandering around aimlessly.

The same is true with social media. You can’t just post something because you feel like it or remembered something important to share. Instead, you need to have a daily social media routine so people have a reason to check in on you every day.

8. There’s not a consistent brand voice.

You need to have a defined brand voice and tone across your blog, social media channels and anywhere else you maintain a presence online. This is what makes you unique and builds a connection with your audience.

Considering that we spend 80 percent of our social media time on our smartphones, it makes sense to use texting language on social media. Even though it’s convenient, it’s not a good move for your brand.

For example, a survey found that 66 percent of employers frown upon poor spelling and grammar on social media, which is common when tweeting from your phone. If you want to be viewed as a professional, you need to avoid common mistakes.

While it may be fine to use texting language when replying to a friend’s comment occasionally, make sure you spell everything out when posting your own content and updates.

Finally, you need to be active on social media. And that doesn’t mean only posting once or twice a year on your social channels. You need to be consistent.

You may have been hurting, not helping, your social media efforts with these 10 moves. Vow today to cut the gimmicks and speak authentically and directly to your audience.

Agusto & Co. has assigns a “Bbb” rating to Infinity Microfinance Bank Limited in their recent assessment of the Bank. According to the Pan-African Credit Rating Agency, the rating is supported by a good funding and liquidity profile, adequate capitalization, an experienced Management Team and well-established credit risk management processes. While DataPro another Credit Rating Agency (CRA) has also in its latest report assigns “BBB” rating to Infinity MFB Limited with a Stable Outlook for the year 2021/2022.